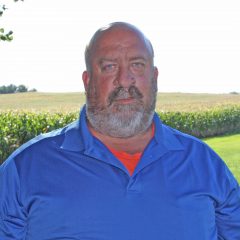 Driving FCA’s bulk fuel truck gives Larry Folkerts the opportunity to spend the majority of his time outdoors – something he enjoys.  He also gets to work directly with customers, another element that he enjoys; yet he admits that northern Iowa/southern Minnesota weather can be his greatest challenge.

With the advantages of a small, progressive company, Larry believes FCA offers great benefits to its customers. “Bigger isn’t better,” he commented. “We’re a small company with loyal people, that means a lot.”

Unlike other companies who haven’t been in business very long, FCA has been successful for decades. “We’re here to stay,” Larry remarked. He has been part of the FCA team since 1990.